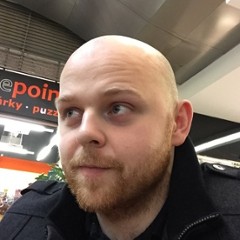 SmartMeter.io belongs among the top tools for measurement of nonfunctional metrics in performance tests.

It perfectly suits the needs of DevOps for measuring and monitoring performance of infrastructure elements, dockerized applications deployed in Kubernetes in AWS, VPS as well as Google Cloud Platform. It is however also highly useful in QA teams to investigate performance of functional test stacks and its performance fine tuning.

The rare advantage of SmartMeter.io is that it is based on JMeter and it keeps its compatibility even with the latest JMeter versions, which means that if you are familiar with JMeter you already know how to use SmartMeter.io. There’s also countless amount of JMeter tutorials and a global community of JMeter users available for consultation.

What I use SmartMeter.io for the most is, obviously, generating load on various platforms within Load and Stress tests, but also for setting and verifying performance of Selenium grid, databases such as Elasticsearch and Mongo, infrastructure queue Apache Kafka, network throughput and I/O operations capacity.

Last but not least, SmartMeter.io also allows me to measure the performance of my home IoT infrastructure – NAS, network elements throughput and also the WiFi chip ESP8266 in senzor to make sure all members of my family can be reliably connected in parallel.

SmartMeter.io fits perfectly into my open source perf-stack, since it is not a gigantic monolith but rather a small peace which focuses on one job only and performs it superbly.