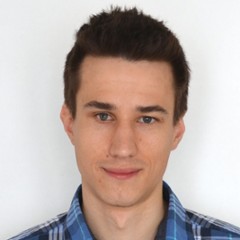 SmartMeter.io 1.0.5 is released and has some impressive new features. Read more about added test automation support, effortless distributed load testing from different servers around the world and easy transformation of your functional tests to load tests.

You can update or download new SmartMeter.io 1.0.5 for free.

It starts another daemon which accepts controlling commands (HTTP requests) and thus allowing to manage the whole recording process remotely. It is capable of tasks such as:

The idea behind this is to allow fully automatic transformation of functional tests (for example Selenium tests) to load tests. All you need to do is to enrich your functional tests with few controlling requests.

Another use case is enabling automatic re-recording of your test before running to always have up-to-date static resources.

More info in the documentation.

Adding more control over load Generators (servers and computers that generate virtual users in a test).

Generators can be spread on different locations either inside company’s infrastructure or around the globe (using an Amazon server for instance), while planned load can be precisely specified for each server.

Single load test can therefore run from different locations at the same time, which makes it possible to compare differences in the system performance from a perspective of users around the world.

To be able to specify the number of virtual users for every single Generator in the distributed test is useful since your Generators may not have the same performance. Not having this option is a great drawback while performing distributed load tests in JMeter.

If you're interested in distributed load testing, watch this video tutorial.

Feature is available in the SmartMeter.io Pro and Enterprise version only.

Using this architecture ensures that measured data are considerably more accurate than within a JMeter test, because Generator and Controller do not affect each other. This feature is especially indispensable for load tests with larger amounts of virtual users.

From now on, load test can be run from the test Editor in addition to running a test from the Welcome Screen, so the whole process is more familiar to JMeter users.

URL based including/excluding of requests in Recorder

You can find complete release notes in the documentation.